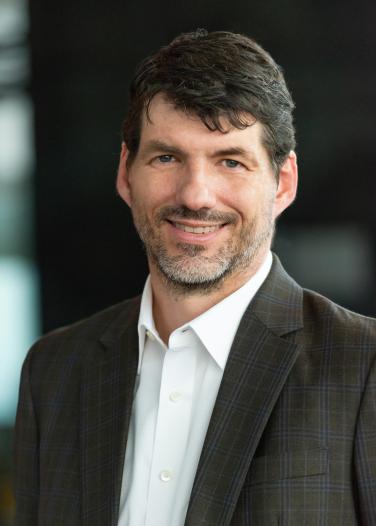 Karl was born in Durham, North Carolina, and grew up in the suburbs of Milwaukee, Wisconsin. Karl returned to North Carolina to attend the University of North Carolina at Chapel Hill, where he studied political science with a focus on international political economies. After graduation, Karl pursued opportunities to manage stores for Kinko’s across the country. Kinko’s provided the opportunity to live and work in New Orleans, Louisiana; Knoxville, Tennessee; Lexington, Kentucky; Boston, Massachusetts; and ultimately back to Raleigh, North Carolina. Along the way, Karl met his wife, Jennifer, who now works for the state of North Carolina’s Department of Environmental Quality as the director of energy. Together, they have two children: one in middle school and one in elementary school. They are also members of Beth Meyer Synagogue in Raleigh, where Karl also serves on the board of trustees.

Outside of work and family, Karl is an avid runner and trains for and participates in ultramarathons across the country. These races focus on distances ranging from 30 to 100 miles and take anywhere from 5 to 30 hours to complete. Always the goal-oriented planner, Karl enjoys participating in these events as they require discipline, commitment, and preparation for the unexpected. For Karl, being rooted in the long view to optimize performance and maximize potential is an everyday reality that provides him with a unique perspective in advising his clients.

Education has always been an important core value for Karl in the work he does for himself and others. Karl learned firsthand the value of education as his mother worked full-time, took graduate school classes at night, and earned her Ph.D. in education while he was still in grade school. Her hard work ultimately led her to become a dean of nursing at three public universities, recently retiring from Michigan State University.  Karl left Kinko’s and returned to school to earn an MBA from North Carolina State University in 2004. After beginning his career as a financial planner in 2004, Karl earned his CERTIFIED FINANCIAL PLANNER™ certification in 2009 and later earned his Accredited Portfolio Management Advisor (APMA®) certification. In 2018, Karl joined Commonwealth Financial Network® and started Trail Ridge Financial to provide independent advice in helping facilitate his clients in realizing their greatest aspirations.

Brian joined Trail Ridge Financial in February 2022 as a portfolio analyst. Brian was born and raised in the suburbs of Detroit until moving to East Lansing to attend Michigan State University. While there, Brian studied economics and political science and graduated with bachelor’s degrees in each.

During his 15 years in financial services, Brian has held a number of roles in operations, risk, client services, and portfolio management. He will be a primary point of contact for client trade and money movement requests.

While at Michigan State, Brian met his wife, Melissa, who is now a professor at UNC in the school of psychiatry. They have two daughters: one in elementary school, and another about to start kindergarten. When Brian is not entertaining his daughters, he enjoys golfing. 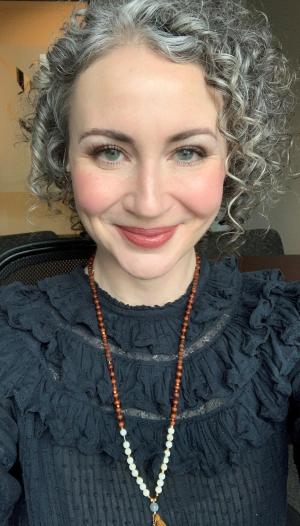 Daycia joined Trail Ridge Financial in January 2022 as an operations analyst. Her responsibilities include working on financial plans and supporting clients in service delivery. After graduating from NC State University with a BS in business management with a concentration in finance in 2004, Daycia began her career in financial services at Ameriprise Financial. From there, she moved to work as a wealth manager for Fidelity Investments. Daycia then diversified her work experience and began working in corporate finance guiding C-level executives on structuring large technology investments.

Outside of work, Daycia enjoys being the mother to her young children, growing organic vegetables in her garden, traveling, and hosting dinner parties. 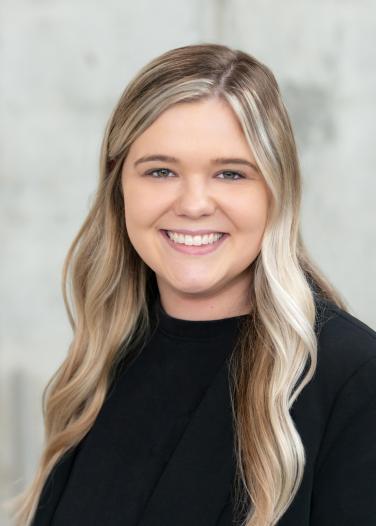 Catherine joined the Trail Ridge Financial team in May 2019. She graduated from William Peace University in 2018 with a bachelor's degree in communications and a concentration in public relations.

Outside of work, Catherine enjoys spending time with friends and family, including her husband, Ryan, and their dog, Genevieve.